A Close Shave in Adem’s Memory 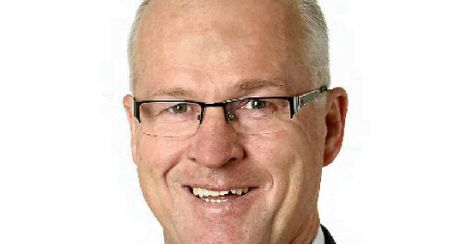 A Close Shave in Adem's Memory

SHAVING all my hair off was not one of the things that crossed my mind when I thought about running for mayor – but I now feel privileged to be in the position to do so.

Let me first go back to a meeting I had with a young man called Adem Crosby in January last year.

Nineteen-year-old Adem didn’t know it, but he’d been selected as the Sunshine Coast Junior Citizen of the Year. It was in recognition of his efforts to raise money for cancer research and heighten awareness about the disease.

This was an incredibly personal mission of Adem, who had been diagnosed with leukaemia in 2010. In that time, his Team Adem consisting of family, friends and supporters collected more than $260,000 for the Leukaemia Foundation, becoming the highest fundraiser in Queensland. So I think everyone would agree that he was an ideal choice as our Junior Citizen of the Year. Adem was being treated in the Nambour Hospital at the time so I was given the great honour to personally deliver his award to him.

What sticks with me about that meeting was Adem’s humility, sincerity and complete lack of self-pity. Here was a young man who had every reason to complain and question the fairness of it all – but instead he rose above it to think of others, and those who would follow him. Just four months later he lost his battle with cancer, and the Sunshine Coast was much poorer for his passing.

Less than a year later his legacy continues and Team Adem is still at it, raising even more money for the Leukemia Foundation in the World’s Greatest Shave. It’s my great privilege to be a member of that team this year and there’s still plenty of time to join us – or support someone who has.

Don’t forget you can also colour, wax or even shave off a beard. All going well I’ll be shaving off my hair on March 14 – but I’ll leave the final word to Adem’s sister Miranda, who will lose her beautiful long locks on the same day. “I know firsthand how these funds really help other patients and families who have been diagnosed with a blood cancer and who knows … the money I raise may be the funds that help find a cure for this horrible illness.”

One of our most memorable achievements is the comm

If you have any friends or family who are going th

Lu, on behalf of Team Adem dropped off a bulk supp