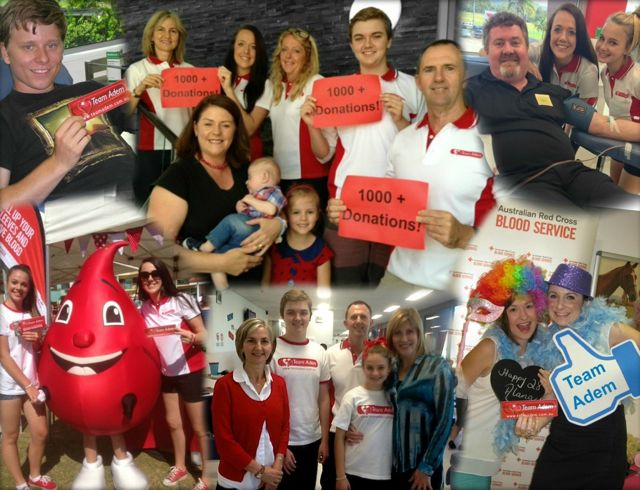 A FUNDRAISING initiative inspired by a Sunshine Coast boy’s battle with cancer has achieved a remarkable result, on par with some of the nation’s largest organisations.

Team Adem – named after the inspirational Adem Crosby – set a new benchmark for blood donations in the 2013 National Club Red Challenge. By the end of 2013, the 500-strong team was in eighth place nationally, with 1428 donations and the third highest number of platelet donations. That put it up with the likes of the Army, Air Force, Navy and the Australian Tax Office.

The inspiration behind the amazing effort was 19-year-old Adem Crosby, who was diagnosed with Acute Lymphoblastic Leukaemia in January 2011. In May 2013, he passed away peacefully with family by his side. His father, Brent Crosby, said the result was a proud legacy for Adem, whose memory lives on in blood challenges, school events and public speaking campaigns. “We constantly try to keep Adem’s legacy alive and to make a real difference, we seriously rely on blood to save lives and give something back to those who have a tough road ahead,” Mr Crosby said.

“Did you know that out of a possible 50% of people who can donate blood in Australia, only 3% actually do donate? “Finding new donors is always what we’re trying to do and more people need to realise the impact they’re making when giving blood.” The 1428 blood donations by Team Adem potentially saved 4284 lives and Mr Crosby said he was proud to see the team finish the year in such a strong position.

“Team Adem has grown so much and it’s hard to believe such a small group such as ours could achieve such a phenomenal result, it’s an amazing effort by everyone,” he said. “We truly are one big Team Adem family and we didn’t expect so many donations so soon.

“We had a goal of 1000 donations to gain within a few years and instead we achieved that in our very first year. It’s incredible.” Team Adem has set its 2014 blood donation target at 2000 donations, which could potentially save 6000 lives. “It’s a tough call to make but I believe that anything’s possible. “We will need a lot of help from people but again it’s so simple to do. “Giving blood is free after all, no money involved. “People on the Sunshine Coast are so generous and it’s fantastic to see the large quantity of individuals getting involved. “Even if you can’t donate blood yourself, get a family member or friend involved, blood is precious and donations like these save lives all the time.” 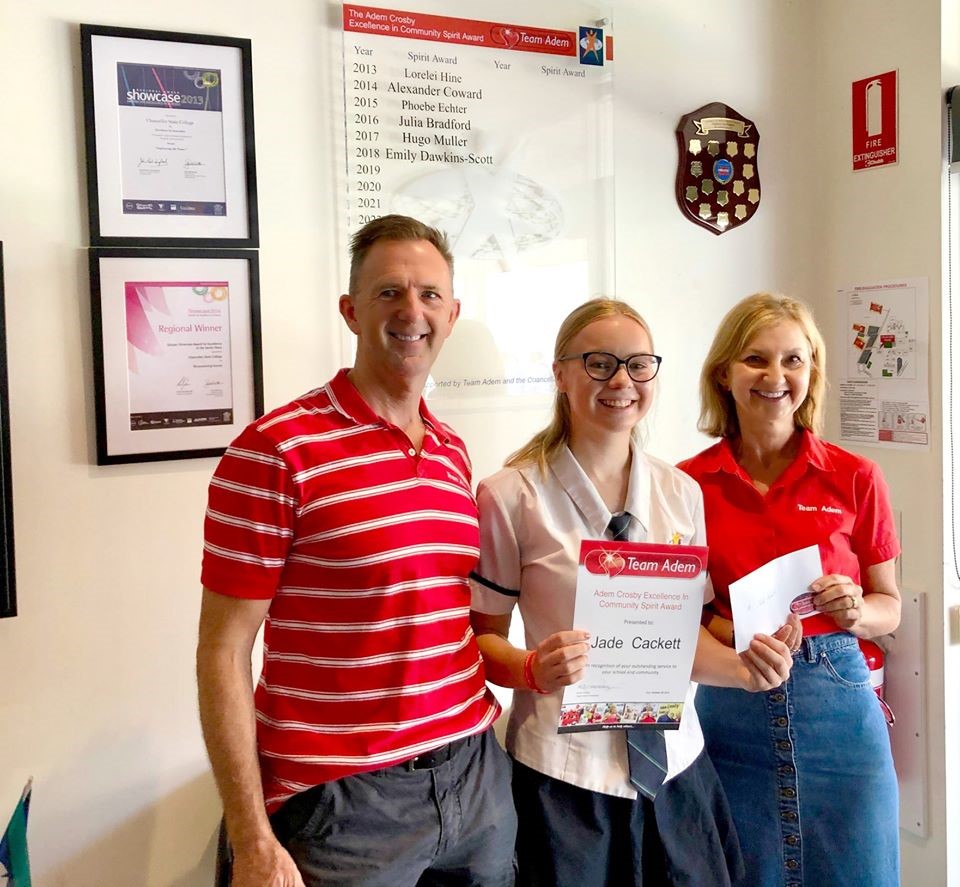 Congratulations to Year 12 Chancellor State College student Jade Cackett for being awarded the 2019 Adem Crosby “Excellence in Community Spirit Award.” This perpetual award was established by Chancellor State College in 2013 (Adem’s school) in honour of Adem for his outstanding contributions in helping others. Team Adem is also proud to contribute a $250 cheque to the award winner each year. Jade is a deserving winner this year and has given much of her time to helping others in our community. Well done Jade

Team Adem blood donors have made a life changing d

Team Adem was delighted to receive a very kind don