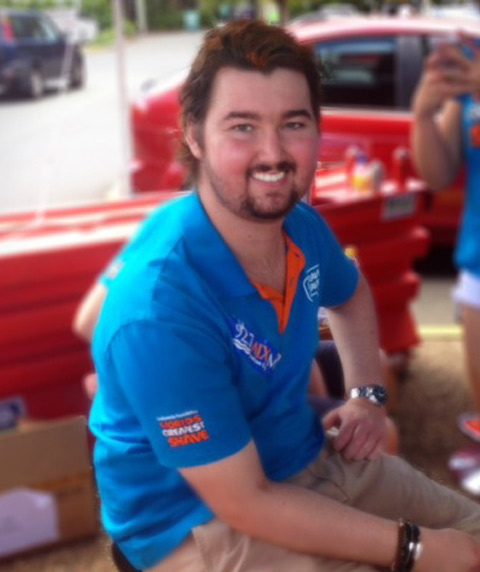 The ceremony, part of Queensland Philanthropist Week was held at the Hilton Hotel Brisbane.Dan and Miranda received the award on Adem’s behalf. Dan gave a short but inspiring acceptance speech in front of a large crowd including many of Queensland’s leading Business and Company representatives and personalities.

The Award was won for Adem’s and Team Adem’s ongoing fundraising efforts for the Leukaemia Foundation World’s Greatest Shave Campaign over the past three years. Adem was also recognised for increasing community awareness towards the importance and promotion of blood product donation which save the lives of thousands of Australians every year, many of them cancer patients.

Adem would be truly humbled to have received this award and I know personally that he would want to dedicate this award to all the Team Adem members and supporters, as do myself, Lu, Dan and Miranda. This is marvellous recognition for Adem and Team Adem and what we are about …..Helping Others.

We hope you will all continue to support Team Adem and help Adem’s legacy live on.