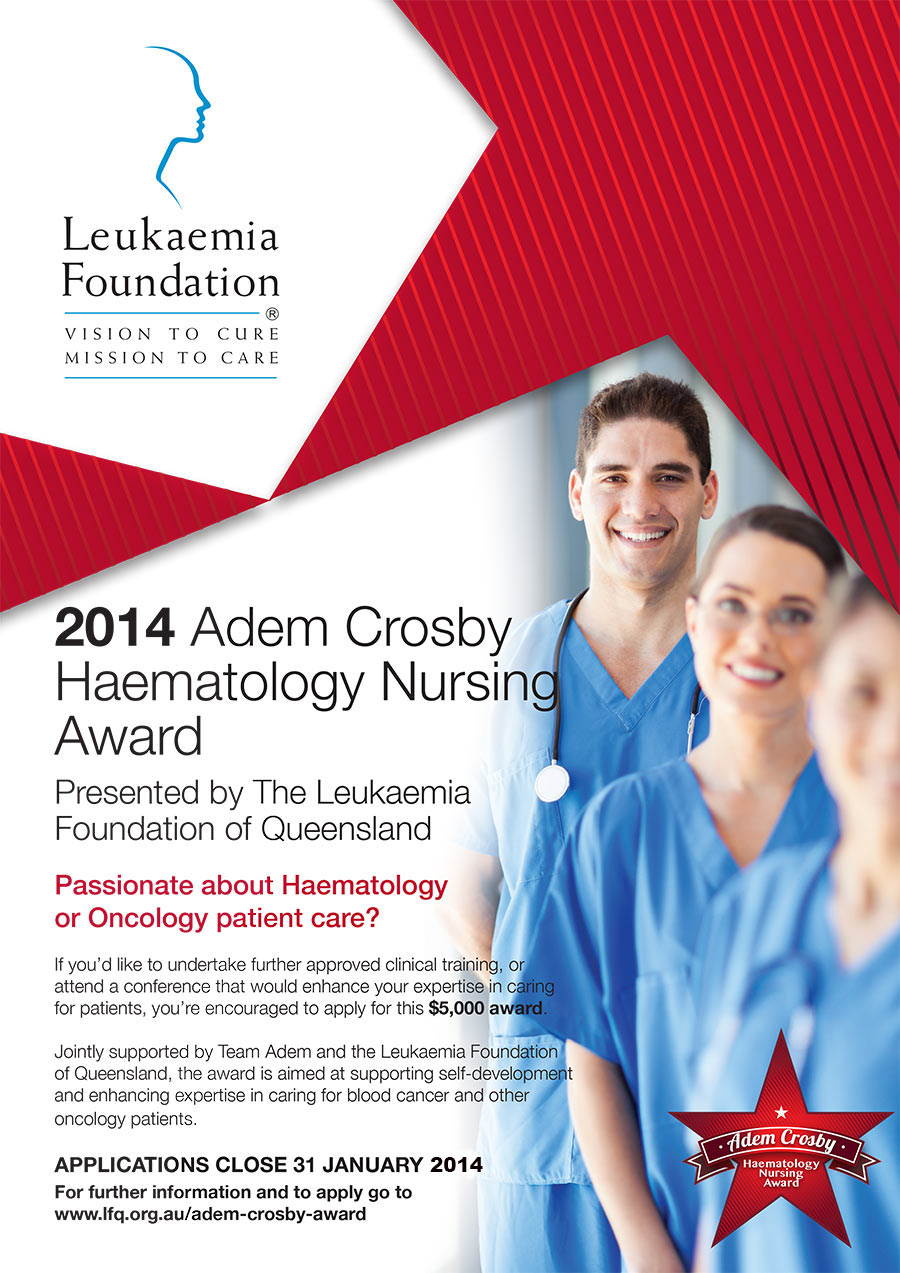 We are very pleased to announce that the winner of the inaugural Adem Crosby Haematology Nursing Award is Elise O’Dell.

Elise is a nurse at the Royal Brisbane and Women’s Hospital, and will use the award to further her professional development in the field of haematology nursing. She plans to use the $5,000 award to fund her travel to a nursing conference overseas, as well as one in Australia:

Thank you to everyone who applied for this year’s award – applications were all of a high calibre. We look forward to seeing 2015′s submissions. An official award presentation will take place in April.

The award is in memory of Adem Crosby and is jointly supported by Team Adem and the Leukaemia Foundation of Queensland.

Applications have closed for 2014. Applications for the 2015 Adem Crosby Haematology Award will open in November 2014.